What Happens If I’m in a Car Accident While in a Funeral Procession? 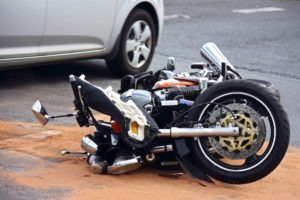 What do you do if you have a car accident while in a funeral procession? It is not something than anyone thinks about until it happens, because at times like those, there is little any of us can think of other than the moment at hand. However, a recent case in Edwardsville involving a collision between a motorcycle and car during a funeral procession has brought attention to this issue.

According to The Telegraph, the Edwardsville accident took place in July of 2013. Prior to the incident, a woman was traveling east on Missouri Highway 94. At the same time, a motorcycle was heading south as it approached the intersection of US Highway 67 and Missouri Highway 94. The motorcycle had a green light at the intersection and proceeded through. The car had a red light, but did not stop. The motorcycle and car collided.

After the wreck, the woman driving the car told police that she believed she had the right-of-way, because she was traveling in a funeral procession. The motorcyclist suffered severe injuries in the wreck, including broken bones, a diaphragm injury and damage to his pelvis and femoral vein. He and his wife are suing the funeral home, not the woman driving the car, claiming the funeral home’s negligence led to the crash.

What If I Have a Car Accident While in a Funeral Procession?

In general, a funeral procession is defined as a vehicle convoy made up of the friends and family of the deceased traveling from the funeral home to the burial site. Every state has its own traffic laws regarding funeral processions.

In Illinois, funeral processions do have the right-of-way at intersections as long as their headlights are on. The lead vehicle of the procession must stop at red lights and stop signs. However, once the lead vehicle enters an intersection, the other vehicles in the convoy can proceed through the intersection without stopping. Missouri has similar laws regarding funeral processions, except the lead car must have a purple or amber light or alternating flashing headlights.

The information provided by Walton Telken, LLC in this Blog is not intended to be legal advice, but merely provides general information related to common legal issues. This Blog, and the information contained within it, is Attorney Advertisement. The choice of a lawyer is an important decision and should not be based solely upon advertisements. Past results afford no guarantee of future results. Every case is different and must be judged on its own merits.